In a small town in Massachusetts in 1987, young Henry (Gattlin Griffith) lives alone with his fragile mother, Adele (Kate Winslet). She hasn’t been the same since the boy’s father left, and her depression has intensified to the point of her becoming a shut-in, only venturing away from the house once a month to collect groceries. On one such trip they encounter Frank (Josh Brolin), who has just escaped from prison and is in need of somewhere to lay low before he catches the next train out of town. Adele reluctantly helps Frank – who quietly yet forcefully insinuates harm will come to them if they do not help – but due to it being a holiday weekend and a lack of trains, Frank is forced to stay with this fractured family, and soon finds himself and Adele getting closer than he had intended.

END_OF_DOCUMENT_TOKEN_TO_BE_REPLACED 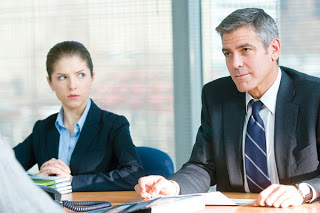 Jason Reitman’s third directorial outing, after the stellar Thank You For Smoking and the good-the-first-time-you-watch-it Juno takes two done-to-death plot conceits – the business-set rom-com and road movie odd-couple – and reinvigorates them to be not only modern, but impressively timely.
Up in the Air is much more in keeping with the structure of Smoking, as we follow a successful, charming but morally dubious and emotionally detached businessman discovering that his perfect life may not be as ideal as it seems once women step a little too far into it. Previously it was Aaron Eckhart’s fast-talking cigarette peddler Nick Naylor, here it’s George Clooney’s professional corporate downsizer Ryan Bingham, jetting around the country to fire people when their own superiors don’t quite have the balls. And with the economic climate and unemployment rates where they are now, no other film could be quite so prescient.
But it isn’t just that this film rings true with modern times. Clooney channels his inner Cary Grant in the role he was seemingly born to play, whilst Vera Farmiga is wonderful as his female equivalent, Alex. The real surprise though is Anna Vendrick. Formerly most famous as Bella’s best friend in Twilight, here she shows real comic ability and acting prowess as Natalie, the bright young whippersnapper brought in to downsize the downsizers, aiming to revolutionise the business by doing it all online.
The cast is rounded out by some Reitman regulars, including Jason Bateman, J. K. Simmons and Sam Elliott, as well as Danny McBride, Melanie Lynskey and Zack Galifianakis, and a gaggle of non-actors portraying essentially themselves when they were fired, with Reitman instructing them to dwell on their own experiences in some moving moments.
The best scenes involve the principals just sitting down and talking. Be it Ryan and Alex comparing the weight of their loyalty cards, or Natalie learning that, as you get older, your expectations of life lessen to more realistic goals, the script is insightful, sparky and above all else funny. I was a little annoyed at seeing Sam Elliott in the opening credits, and seeing his cardboard-cutout as the Chief Pilot in an airport signposting that, at some point, his character was going to crop up somewhere, but that’s another of those things that only really hurts the film nerds.  Some of the metaphors are a little heavy-handed (at one point Ryan’s family literally doesn’t fit into his suitcase) and the ending feels like a series of devastating gut-punches that kind of spoils the mood, but each one feels perfectly justified and necessary.
If you don’t settle too deeply into the subject matter this is a fun comedy with a great script, and even if you do it’s still thought-provoking and entertaining stuff. I await tracking down Reitman’s latest offering, the Charlize Theron starring Young Adult, with anticipation.
Choose film 8/10 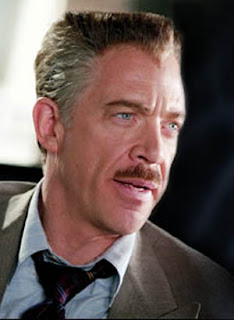 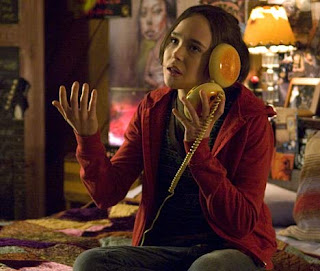