END_OF_DOCUMENT_TOKEN_TO_BE_REPLACED

A widowed homemaker lives in her apartment with her teenage son. She spends her days cleaning and cooking her modest abode, and sleeping with men for money to pay for her lifestyle. As it turns out, this lifestyle is incredibly, torturously dull to watch.

END_OF_DOCUMENT_TOKEN_TO_BE_REPLACED

Two young neighbouring English children growing up in the outskirts of Paris, Gogo (Dickie Moore) and Mimsey (Virginia Weidler), squabble over some wooden boards they should be sharing, when Gogo’s mother passes away. Mimsey’s mother cares for the boy as well, allowing the children to grow very close, until Gogo’s uncle takes him away to town, renaming him Peter Ibbetson. Peter grows up to be an accomplished architect (Gary Cooper), but feels there is something missing in his life due to the torch he still holds for Mimsey all these years later, which causes problems when he runs into her (Ann Harding), only she’s now married to someone else (John Halliday). 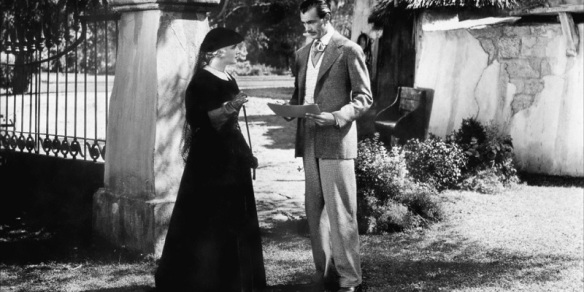 END_OF_DOCUMENT_TOKEN_TO_BE_REPLACED

A woman, Giulietta (director Federico Fellini’s wife, Giulietta Masina), suspects her husband Giorgio (Mario Pisu) is having an affair, as he forgets their anniversary, takes her successful, attractive friends to events and says the names of other women in his sleep. Instead of confronting him, Giulietta begins to experience more of life with the help of her more sexually adventurous neighbour (Sandra Milo).

END_OF_DOCUMENT_TOKEN_TO_BE_REPLACED

In northern Baltimore, Divine (Divine) is living under the alias of Babs Johnson after being heralded with the title of the Filthiest Person Alive, which evidently in this work is front page news. She lives in a trailer with her son Crackers (Danny Mills), her mother Edie (Edith Massey) and their travelling companion Cotton (Mary Vivian Pearce). More on them later. Upon learning of Divine’s notoriety a couple, Connie and Raymond Marble (Mink Stole and David Lochary), who believe they are the rightful recipients of the award, set out to prove they are far more filthy than Divine, and aim to bring her down in the process.
END_OF_DOCUMENT_TOKEN_TO_BE_REPLACED

What’s that? I’m supposed to write a plot synopsis for my opening paragraph? Well I’d love to. I really would. I just can’t seem to find one around here. Nope, I’ve looked everywhere, I’ve got nothing, sorry.

END_OF_DOCUMENT_TOKEN_TO_BE_REPLACED

Nellie and George (Carley O’Neill and Geoffrey Williams) are children forced on a countryside holiday, staying with family friends whilst their parents move house. Nellie is very much opposed to the idea, but the slightly younger George embraces it for all the fun it could be. Immediately upon arrival, Nellie and George go and play in the nearby woods, and George accidentally stumbles into a fairy world. With the help of the house’s secret hobgoblin Broom (Tony Robinson), Nellie must retrieve George before he eats anything in the fairy world, which will make him have to stay there forever. Of course, George eats something, but the Fairy Prince (Dougray Scott) makes an exception for George: if he and Nellie can complete three tasks for him, George can go free, with most of these plans involving the farmhand Brigid (Kate Winslet). However, the Prince’s evil brother The Shapeshifter (Jeremy Irons) has other plans, and wants to take over the Fairy Kingdom.

END_OF_DOCUMENT_TOKEN_TO_BE_REPLACED

Neeta (Supriya Choudhury) lives in Calcutta with her parents, two brothers and her sister. She goes to college and works as a tutor on the side, and has a steady boyfriend, who she plans to one day marry, leave the family home and make a life for herself. However, literally everyone she has ever met or had any contact with is a complete and utter shit of a human being.

END_OF_DOCUMENT_TOKEN_TO_BE_REPLACED

I don’t know where to begin. Normally in my opening paragraph I give a brief synopsis of the film, y’know, “an eccentric old man invites his grandchildren, some paleontologists, a chaotician and a lawyer to try out his new dinosaur-filled theme park” that kind of thing, but the trouble with Last Year at Marienbad is that there is nowhere near enough plot to even begin a paragraph. Essentially, there’s some kind of swanky soiree at a swish estate that I think is somewhere in the Czech Republic. At said event, there is a man (Giorgio Albertazzi) who is resolute that he met a woman (Delphine Seyrig) attending the party a year ago at Marienbad. Meanwhile the woman’s male friend (Sacha Pitoeff) plays a game with cards, matchsticks and dominos called Nim, at which he seems unbeatable. This plays out for 90-odd minutes, until the film ends, with no foreseeable additions to anything approaching a story.
END_OF_DOCUMENT_TOKEN_TO_BE_REPLACED

Well, we’re still in George Clooney’s pre-E.R. days, so even if this film has a few more recognisable faces in some of the main roles, the fact that a then-no-name Clooney headlines this film should be some clue of how terrible it is. There’s still a few films to go before I get to From Dusk Til Dawn, the first film on his list that I know I like, so my hopes aren’t high for the films inbetween, but hopefully they’ll be better than this one.

Clooney plays Remar, a surfer/drug smuggler who, along with his small gang of friends, including Doug Savant, attempt to set up one last deal before heading their separate ways and going clean. The problem is, Remar is getting too hooked on the drugs, and his girlfriend Rebecca (Dedee Pfeiffer, Michelle’s younger sister) is pregnant, and doesn’t want him to do anymore deals. Also, one of Remar’s cohorts, True Blue (Philip McKeon, I swear it’s really Stephen Baldwin) has got himself arrested for dealing, and gives the cops the details of the guys they’re doing the deal with, who understandably want Blue dead.
This film is a mess. There is little to no explanation for most of what happens, characters appear and disappear within the same scene and we’re never really introduced to any of our characters or their lives. The opening sees Remar and Savant’s Attila (also, the names are stupid) involved in a prank that doesn’t really go anywhere, but requires their car to be launched off a cliff and ultimately destroyed, for no real purpose. The supply of cocaine that Remar and the gang sell from appears to be stored in a buoy in the middle of the ocean – though where it comes from we never know. Characters behave stupidly and irrationally, generally at their own risks and with no regard for either themselves or their friends. After his arrest, Blue willingly gives up the names of the dealers, despite knowing that anyone who crosses the guy they are dealing with usually gets fed to the pit of wolves he keeps under a trapdoor in his house.

The dialogue is terrible (“You’re pregnant? That’s bitchin’!”) and the police behave in a manner completely unfitting to the situation, presumably in order to make them appear to be the bad guys over Clooney and his band of miscreants. There was a chuckle when the arresting officer told some criminals that they “have the right to do whatever I damn well tell you to do,” but it was only a small chuckle. I think most of the film’s budget went on skintight dressed (apparently, drugs and pretty girls go together, according to the script), sleeveless t-shirts, leather jackets and a seemingly endless supply of denim, as that’s all anyone wears in this film. Were loose leather waistcoats really ever in fashion? Also, for a film supposedly about surfers, there is only one, very short, scene featuring anyone even in the vicinity of a surfboard, and that’s not until 45 minutes in.

Clooney has never been less likable than here, where is Remar is a selfish, pig-headed addict who wants to do right by his girl and unborn child, but in the worst way possible. He goes surfing instead of taking Rebecca to a doctor’s appointment, and he doesn’t really have any redeeming qualities, other than not wanting to kill the friend who got him into all this trouble in the first place. When he’s given a way out of this mess by his friends, with no risk and no responsibility put on him, he decides to go ahead and get himself in deep anyway.This results in one of the most poorly shot chases I’ve ever witnessed, involving a speedboat and jet skis in the middle of the night. It’s impossible to make anything or anyone out, and generally sees people spinning around in circles until someone explodes.

The finale at the dealer’s house is clumsily staged and poorly choreographed, and his wolf pit seems to have magnetic powers, with people being drawn in despite being nowhere near it. If you really need a reason to seek this film out, it’s only passable blessing is that I’ve now seen Gene Simmons kill a man with his bare hands. There is literally no other reason to watch this film.