On November 22nd, 1963, President John F Kennedy was killed, supposedly by lone gunman Lee Harvey Oswald, who himself was killed by a man named Jack Ruby before the case could go to trial. Despite several other theories, the case was dropped for three years, until Jim Garrison, the District Attorney of New Orleans, picked it up again after noticing some discrepancies within the Warren Report, written to document the details of the assassination. Garrison and his team re-launch the investigation, certain that there is more to it than simply one man and his gun.

END_OF_DOCUMENT_TOKEN_TO_BE_REPLACED

Ray (Kevin Costner) was brought up a baseball fan, but after falling out with his father and heading off to college, he’s now found himself owning a farm in Iowa with his wife Annie (Amy Madigan) and young daughter Karin (Gaby Hoffmann). All seems to be well, until Ray hears a voice in the cornfield, and has a vision of a baseball field in its place. So begins a story of faith, family and ambition, that will lead Ray down paths he never knew existed – or were even possible.

If I were to lay out the entire plot of Field of Dreams – which I’m not going to do because that’s an insane level of spoiling, and it’s already been done on Wikipedia – the story would read as a wildly fantastical one, with many unexpected supernatural elements. It would also probably come off as deeply unsatisfying. You see, within this movie that is ostensibly about a man not wanting to throw his life away – as he believes his father did – there lies a lot of questions, and precious few answers. The origin of the mysterious voice Ray hears in the field, how it is talking to him and where exactly the owner is are all plot strands never entirely tied up, and many more have been added by the end of the film, yet if you’re searching for answers you’re not only looking at the wrong film, but you’ve entirely missed the point of this movie.

END_OF_DOCUMENT_TOKEN_TO_BE_REPLACED

A small-time cattle operation, led by Robert Duvall’s Boss Spearman, sets up grazing near the town of Harmonville, with the intention of moving on before they do any major damage to the local vegetation. When one of their number doesn’t return from a supply run to the town, Spearman and his right hand man Charley (Kevin Costner) head to Harmonville in search of their friend, only to find he’s been beaten and locked up by the town marshal (James Russo), at the behest of Harmonville’s ruthless land owner Baxter (Michael Gambon). Baxter, it would seem, isn’t too keen on free-grazers around his land, and he makes it all too clear to Boss and Charley that if they plan to hang around, bad things are going to happen to them and their herd. Unfortunately for everyone, Charley and Boss are more concerned with enacting vengeance for their man than anything else, so needless to say things get a mite violent in town.
END_OF_DOCUMENT_TOKEN_TO_BE_REPLACED

On the planet Krypton, the elders have disrupted the planet’s core and caused it to begin to erupt. Everyone on the planet is doomed, except for a small, barely explained plot contrivance that allows one newborn baby to be launched in a pod and sent to another planet that will be hospitable to him, but where the atmosphere and density are different enough to provide him with extraordinary powers. Krypton explodes, but the baby arrives safely on Earth, where he lives his life as a loner, the last of his kind, until General Zod, an exiled Kryptonian soldier, and his crew discovers the baby – now a man named Clark – on Earth. Look, it’s fucking Superman, alright? You know what happens. Alien baby, adopted by Ma and Pa Kent, Dad dies, kid can fly, run really damn fast, x-ray laser vision, falls in love, glowing green rock, Daily Planet, threat against the planet, saves the world. Yadda yadda yadda.

END_OF_DOCUMENT_TOKEN_TO_BE_REPLACED

I’ve said it before and I’ll say it again, I’ve never been a fan of Superman. He just seems too uninteresting as a character, with his only inner turmoil being his fish out of water last-of-his-kind predicament, that I’m sure would become annoying and whiny if dwelt on for too long. My disinterest with him also stems from the fact that I’ve spent so little time with the character. I have technically seen Richard Donner’s 1978 Superman, but I can’t remember a single thing about it (literally nothing), and my hatred for Superman Returns is well documented. I also wasn’t much of a fan of Smallville, barely making it halfway through the first season, and I doubt I’ve seen more than a couple of episodes of Lois and Clark, although I did like Ben Affleck’s performance as George Reeves in Hollywoodland. As such, I can’t say I’m really looking forward to the upcoming Man Of Steel, despite the interesting trailers and general buzz over it all.
END_OF_DOCUMENT_TOKEN_TO_BE_REPLACED

Every season, baseball groupie Annie Savoy (Susan Sarandon) selects a new player to sleep with/pass her extensive baseball knowledge on to, and that player goes on to have the best season of their career. This time around her choice is made difficult by there being two potential candidates, naive, cocksure but dim-witted pitcher Ebby Calvin LaLoosh (Tim Robbins) and the seasoned cynical old hand Crash Davis (Kevin Costner) brought in to train him. Robbins sells the level of inexperience and dimwittedness required for his player with “a million dollar arm and a five cent head” but he pales in comparison to Costner and Sarandon, though their characters are far more layered.

The focus is on the relationships between these three, both personal and professional, with equal time given over to sporting, romantic and comedic elements, so as long as you like at least one of those three aspects, you’ll find something here as Crash teaches Ebby about foot fungus, interview technique (“I like winning… it’s better than losing”) and the lyrics to Try a Little Tenderness, whilst Annie takes a different approach, coaching him to think differently via her underwear and Walt Whitman.
Whilst the ending isn’t surprising, the journey to get there is enjoyable, realistic and often hilarious, with well rounded characters and situations, but is anyone else concerned about how many candles Annie has, or the ramifications of having sex in a pool of milk?

Imagine if Diner or St. Elmo’s Fire had a reunion twenty years later, and you’ll be picturing something like this, when a group of friends meet up for a weekend to attend the funeral of one of their number who killed himself. Kevin Costner filmed scenes as the departed Alex before they were cut, but his presence isn’t missed amongst those that remained, including Jeff Goldblum, William Hurt, Glenn Close, Kevin Kline and Tom Berenger. The weekend reveals that none of them are as happy or settled as they may initially seem, and each character is inhabited totally and wholly; the cast even shared a house together before the shoot, and remained in character throughout it. The soundtrack is also exquisite, featuring the Rolling Stones, Procul Harum, the Beach Boys and Marvin Gaye.

After unintentionally becoming a hero when his suicide attempt becomes a mass charge against the enemy, Lt. John J. Dunbar (a be-whiskered Kevin Costner) is given his choice of location in the Union army, opting for a small, broken down post miles from anywhere, in order to “see the frontier before it’s gone.” When he saves a white woman adopted by their tribe as a girl, the local Native Americans take a shine to him, as he attempts to educate them of a civilised world, whilst they in turn teach him of their ways.
The plotting is formulaic and the pace is stodgy. There are some good performances (Graham Greene and Rodney A. Grant as the two most forthcoming members of the Sioux tribe), but this feels too bogged down in a history and culture more important to the American people than anyone else. Unforgivably, Costner beat Scorsese to the Best Director Oscar for Goodfellas, and it is extremely difficult to understand why.
Choose life 4/10 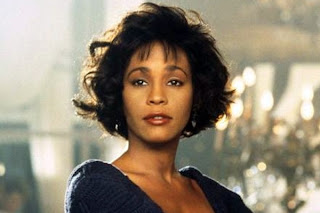