END_OF_DOCUMENT_TOKEN_TO_BE_REPLACED

Sometimes a director will knock a film out of the park on their first go. This is never a bad thing, unless of course the director then spends the rest of their career chasing a high they may never achieve again. Whether its a matter of a budget they can’t handle, an inflated ego, troublesome actors or the interference of a pesky, meddlesome studio, these directors just haven’t managed to get things together to relive those past, initial glories.
5.

Frank Darabont – The Shawshank Redemption
There are few people in the world who don’t like The Shawshank Redemption, yet it was Darabont’s first feature film after just a short and a couple of TV movies. Since its release in 1994 Darabont very nearly reached its heady heights again with the similarly Stephen King scribed The Green Mile, but it was overlong and a tad too depressing at times for my liking. The Majestic is under-appreciated but nowhere near as good, and though I really like The Mist, it can never be more than a slightly above average monsters-from-a-parallel-dimension B-movie. The Walking Dead had the potential for greatness, and is still very enjoyable, but it’s doubtful whether anything Darabont makes will ever reach Shawshank-like levels of greatness.
END_OF_DOCUMENT_TOKEN_TO_BE_REPLACED 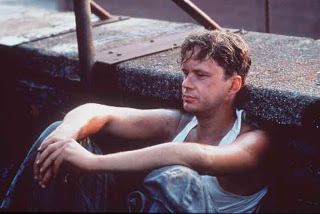 This is one of the films I’ve seen more times than any other, up there with Armageddon and Die Hard with a Vengeance (criminally, neither of which appear on the list). Shawshank tells the story of Andy Dufresne (Tim Robbins), wrongly convicted of the murder of his wife and her lover. Really though, the film is about friendship, with Dufresne meeting Morgan Freeman’s Red, a man known to locate certain items from time to time, and the two form a firm bond. The film also shows how to make the best of a bad situation, as before imprisonment Andy was in a relationship with an unfaithful women, a successful but passion-less job as a banker and had few, if any, friends (none seem to visit him throughout his sentence), yet in prison he thrives, providing sound financial advice to the guards, making friends and finding peace within himself with the aid of a newfound routine and meaning. Andy never knew that all he wanted was freedom, until what little he had was taken away from him.