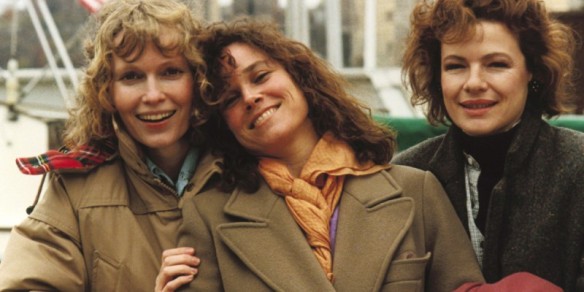 END_OF_DOCUMENT_TOKEN_TO_BE_REPLACED

The Marquis de Sade (Geoffrey Rush) has been imprisoned by Napoleon for writing sexually explicit novels Justine and Juliette. Whilst in prisoned at the Charenton Insane Asylum, de Sade uses a laundry maid (Kate Winslet) to smuggle out his scripts. The Abbe de Coulmier (Joaquin Phoenix), who runs the asylum, battles constantly with the rebellious de Sade, until eventually Dr. Royer-Collard (Michael Caine), a conditioning expert, is brought in to ‘cure’ the man.
END_OF_DOCUMENT_TOKEN_TO_BE_REPLACED 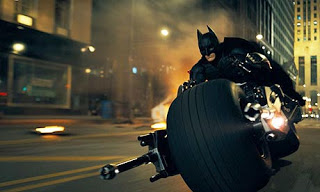 What can I say about the Dark Knight that a thousand others before me haven’t? Of all modern films, this seems to be the one pored over most closely and often, heralded as the saviour of the summer blockbuster, superhero movie and crime thriller, all rolled up in the tightest of scripts. So, to take a fresh perspective, I sought out some people who didn’t like the film (thank the lord for the Internet, it makes people who don’t like something so easy to find) and found myself furious after reading just one and a half 1/10 reviews on IMDb. The sheer level of nitpicking and miniscule plot-hole unravelling proves just how far people are willing to go to disagree with the masses and stand out from the crowd, even when the crowd is so undeniably correct.
Not that this is a perfect film. There are flaws, including the Joker’s plan being at times a tad too pre-emptive, some ominous camera angles and music cues hinting unsubtly a character’s true motives earlier than should have been done, and the bit with the cellphones, which is a bit silly, but is that really enough to warrant a 1-star rating? The fact that these reviewers (I won’t give them the satisfaction of names or links, only seek them out to feel the rage bubble inside you) fail to note even one positive point in a movie overflowing with brilliance negates any opinion they deem worthy of sharing. I personally find it impossible to find nothing good in a movie – The Adventures of Pluto Nash is an abomination unto film, yet Randy Quaid is a delight as Nash’s robotic assistant; Big Trouble in Little China is easily one of the worst films I’ve reviewed from the list so far, but it has imaginative (if insane) monsters and mythology, some dialogue that surpasses cheesy to being inspired, and features Kim Cattrall back when she was attractive. Therefore, with such damning reviews as these ‘people’ have offered, they are in fact unwittingly proving how good a film it is.
Leaping from the tantalising springboard ending of BatmanBegins – Gary Oldman’s Jim Gordon showing Batman a playing card left as the mark of a new criminal, calling himself The Joker, we dive headlong into a wonderfully executed bank heist, as six masked goons effortlessly separate mob money from the vaults it was stored in. Director Chris Nolan has made no secret that Heat, Michael Mann’s superb DeNiro/Pacino cat and mouse crime epic, was a huge influence on the Dark Knight, and it shows, from a William Fichtner cameo to a central meeting of the hero and villain, even mentioning a cup of coffee.

Nolan wisely improved upon some mild mis-steps made in Batman Begins here, replacing Katie Holmes with Maggie Gyllenhall as love interest Rachel Dawes, giving Batman’s mask a cowl so he can turn his head, and giving Batman himself (Christian Bale, good but no Adam West) a little less screen time, allowing alter ego Bruce Wayne and his various accomplices and nemeses some breathing room. Aaron Eckhart is spot-on as Harvey Dent, Gotham’s shining hope against the mob, and Morgan Freeman and Michael Caine remain on hand to add a touch of old school class and grandeur as Wayne’s dependable CEO nad curmudgeonly butler/moral compass, but justifiably most of the praise has been directed at the late Heath Ledger’s Joker. A creation for the ages, his layered performance of a truly maniacal genius reveals more with each viewing, and it is unfortunate that the role showcased the true acting abilities of a man previously thought of merely as a rom-com heartthrob only after he had passed. Plus, it gave us all another Hallowe’en costume to use.
Unusually for Nolan, the film is actually quite funny. It’s not exactly laugh-a-minute (there’s certainly less than 152 jokes here), the script is still a lot more humorous than you might remember. There’s also absolutely no filler, with every strand being integral to the plot; a true achievement when you consider just how engaging the story is, even when new elements are being added right up until the last few scenes.
As always with Nolan’s films, there’s a couple of cinematography moments that I’d have tried differently (see Inception), most notably the scene where the Joker leaves a hospital, which could have looked truly tremendous had it been one unbroken shot, without needlessly cutting away to some pedestrians nearby, but this is a small matter that is more of a personal niggle than a criticism.
Anyway, for those wondering if they should watch the film again before the upcoming trilogy closer The Dark Knight Risesthis summer, the answer is a resounding yes. Even if you don’t intend to see part 3 (I assume you’re planning on gouging out your own eyeballs, just in case it isn’t any good, there’s no other reason not to see it) you should watch The Dark Knight again, just because it’s probably the best film to have been released in the last 5 years, if not more.
Choose film 9/10 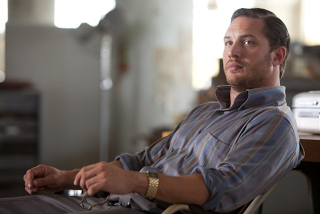 Apparently the concept of Inception began when director Chris Nolan, he of the Dark Knight, Batman Begins, Memento and the upcoming Dark Knight Rises, the most anticipated film of 2012 (tied with the Avengers and the Hobbit), wanted to make a film in which several climaxes are all occurring simultaneously. Most directors would then structure a plot in such a way as to have different characters in different locations, all partaking in various climactic events and cutting between them, but Nolan, in what I’m going to assume was an evening rife with alcohol, narcotics and some rare kinds of cheese, opted instead to make a film predominantly set within the world of dreams.

Taking an already interesting, fantastical premise – secrets can be obtained by stealing them from people’s dreams via extraction and spinning it on its head, as Leonardo DiCaprio’s master extractor Cobb and his team – Joseph Gordon Levitt, Ellen Page, Tom Hardy and Dileep Rao, are enlisted for one last job, to plant an idea in Cillian Murphy’s dream by business rival Ken Watanabe. By using this world of dreams, Nolan has released literally all limitations as to where the plot can go, and opened up the door for some thoroughly original set pieces, the standout of which is Gordon Levitt’s taciturn Arthur fighting armed goons in a corridor with an ever-changing, and disappearing, centre of gravity. This, combined with a rain-lashed chase through busy city streets and a Bond-inspired snowbound explosive finale adds up to one of the most thought provoking action movies in recent years.

The plot is sometimes lost amid the spectacle of the dream worlds and the new logic required to understand it – in a dream, time travels 12 times slower with each level you go down, your subconscious can flare up against you but you can bend the environment around your will – so at times you forget just what they are fighting to achieve. Nolan also appears to have paid attention to the naysayer accusers who believe, not unfairly, that his films lack a required heart and emotional depth, as the addition of Cobb’s deceased wife Mal (Marion Cotillard) appears in his subconscious, eager to turn the dream worlds against him, and the entire plot takes place just so Cobb can be reunited with his kids. Both these points seem tacked on and superfluous to the overall plot, other than adding a motive and antagonist that, although not asked for, do not overly deter.

Under close scrutiny some of the dream logic is inconsistent and doesn’t quite hold up, with some questions remaining unanswered – how exactly does Tom Hardy’s scene-stealing Eames transform into other people as the teams forger? – but the performance, cast (also including Michael Caine, Tom Berenger and Pete Postlethwaite), effects and sheer scale of the project make this unmissable, and my best film of 2010, although it makes my dreams look utterly pathetic in comparison.

Get Carter is justifiably remembered for Michael Caine’s gripping portrayal of London hard man Jack Carter, visiting his old stomping ground in Newcastle to bury his brother and sort out the men who killed him. Caine is iconic as the immaculately attired, quick witted vengeance seeker, endlessly quotable (“Clever sod, aren’t you?” “Only comparatively”) and calmly menacing, yet credit should also be given to director Mike Hodges (…Flash Gordon). The framing of the shots is excellent, particularly when showing Caine watching a video, as a cleverly positioned mirror allows us to see both what he is seeing, and his reaction to it, without the need for split screens, a delayed response or a clumsy cut. The ending is brutal, if perfect, and it will take a great deal for me to sit down and watch the inevitably terrible 2000 Stallone remake.
Choose film 8/10

As the title suggests, this predominantly covers Batman’s origin story, from the death of his parents after he becomes scared at the theatre, through his training by Liam Neeson’s Ducard, his development of a crime-fighting persona and his confrontation with his former mentor in a city ridden with toxin-crazed criminals and madmen. This is arguably the most realistic, or at least vaguely plausible comic book movie ever made, with the only real superpowers on display being a gas that makes people insane and a ridiculously vast fortune to funs Bruce Wayne’s double lifestyle. Granted, the secret passage in Wayne Manor is operated by hitting a coded sequence of piano keys, but this can be forgiven, and is at least a variation from the classic sliding of a secret book on a shelf.
END_OF_DOCUMENT_TOKEN_TO_BE_REPLACED

A fairly standard prophetic drama is elevated above an otherwise also-ran status by an interesting concept (no-one has given birth in 18 years) and an outstanding cast (Clive Owen, Julianne Moore, Michael Caine, Chiwetel Eijofor, Pam Ferris, Danny Huston), as well as Oscar nominated cinematography, an award criminally awarded to Pan’s Labyrinth instead. It is this camerawork, most noticeable in several uncut extended tracking shots involving moving vehicles, gun shots and wounds, crashes, crowd scenes and explosions, that justify its inclusion upon this list, and makes Children of Men a must see, if just for the sheer level of technical accomplishment on display.